How I Banished My Biggest Limiting Belief

I think it’s our limiting beliefs that hold us back from actually living the lives that we truly want. And the thing about limiting beliefs is that sometimes, you don’t even realise that you have them.

Everyone has limiting beliefs

I had figured that I couldn’t have any limiting beliefs because surely, if I had, then I wouldn’t have the successes I’ve had in my career and my life – and don’t get me wrong, nothing and no one’s life is ever perfect.

Mine certainly isn’t perfect. But the reason it’s so much better today than it used to be is…

I finally figured out a massive limiting belief I had.

I grew up in a single-parent family on a council estate. We never had any money but my mum, my nan and my grandad really, really believed that I could do what I wanted to do.

But when you don’t see anyone who’s been financially successful, you start to believe what you see in the papers and on TV is what success is.

I believed that success was to have a certain type of business. A business with investors, with lots of employees, and a board of directors. I had a checklist that I had to go through to validate myself. My limiting belief was there was only one way to do it.

It turns out that is not my way.

It took me a long time before I finally realised that wasn’t true. That this was a limiting belief that had held me back.

It was a few years ago, and I’d just received the front cover of my Do Less, Get More book from Penguin. I got so excited and my friend could obviously see it in my face. She said ‘You’re so excited. You love it.’

The moment she said that the words fell out of my mouth and I was trying desperately to catch them and shove them back in because what I said was ‘creatives can’t make real money.’

That was my belief.

My belief was that creative people, people who write books, create online courses, run workshops, and run seminars can’t make real money. And it was such a fallacy. It was such a lie. But it was a lie that I kept telling myself. It was a limiting belief that I had about what was possible for me.

How did I overcome my limiting belief?

Immediately I started to dissect it and I thought, ‘What would happen if Stephen Spielberg had been my dad? Would I think creators can’t make real money?’ No. I would think that creators can become billionaires.

I had to shift my thinking, and find real-life examples of people doing what I wanted to do successfully, so I could get rid of my limiting belief through actual facts.

As long as I could find just one person who did what I want to do and had been a success at it, I had something to follow.

This took me back to when I was a little kid and if I wanted to do something I’d think, ‘Okay, Shaa, if man can land on the moon, it can’t really be that difficult. You’ve got to find a way to do it.’

And I decided I don’t care what other people think anymore. I’m not talking about riding over people’s feelings. What I’m talking about is you having to do things for you, not for anyone else.

You have to do them from the heart. You can’t do them for your parents, your husband or your wife, your best friend or even your career advisor when you were 14-years-old.

You have to live your life and do the things you want to do, for you.

If I was pretty good at it, then why shouldn’t I be paid for it? It didn’t make sense – and most of our limiting beliefs don’t make any sense to other people. When we break them down we realise it’s just a big lie. And we have to recognise it and come to terms with it.

Get rid of people who tell you ‘you can’t’.

Long term you cannot have someone in your life who keeps telling you that you can’t. If these are your family members you can’t get rid of them. So you have to manage them and just don’t talk about the things you know they’re going to criticise you for.

When it comes to friendships – this is really important to me – I am wealthier in friends than I am in anything else in my life. I don’t have any friends who tell me I can’t.

I have friends who tell me not only I can do it, but ask ‘what do you need me to do to help you make it happen?’ That’s the friendships that you want and that’s the friend I try to be to everybody who’s in my circle.

That has been the case for me my whole entire life. And it’s the case for yours too, if you just look for those people who will travel the journey with you. 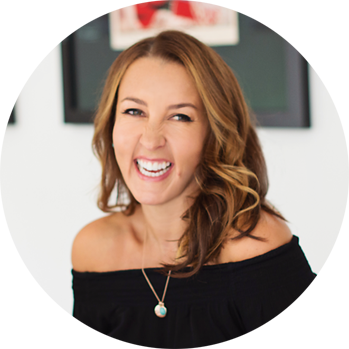